Everyone knows the importance of water.

H2O comprises approximately 70% of both our planet and bodies. Beyond survival, water performs key functions in our environment: as a major factor in the transformation of geological structures, like coastlines, riverbeds, sediment, caves and mountains; and as a profound influence on weather regulation. Our behavior directly affects the quality and availability of this life-sustaining, miraculous molecule. As municipal populations continue growing throughout Texas, water scarcity is becoming a priority in many city and state administrative office buildings.

In San Marcos, Texas State University’s Meadows Center for Water and the Environment is at the forefront of freshwater research. The Spring Lake campus is situated around the unique body of water known for generations as “Aquarena Springs,” a former amusement park located at the headwaters of the San Marcos River. Texas State’s conversion of the facility was completed in 2005, restoration was finalized in 2013. In homage to the history of the springs, the Director of Environmental Strategy, Dr. Andrew Sansom, has a desk fashioned from the first glass-bottom boat in his office that was once the Honeymoon Suite of the Aquarena Inn. 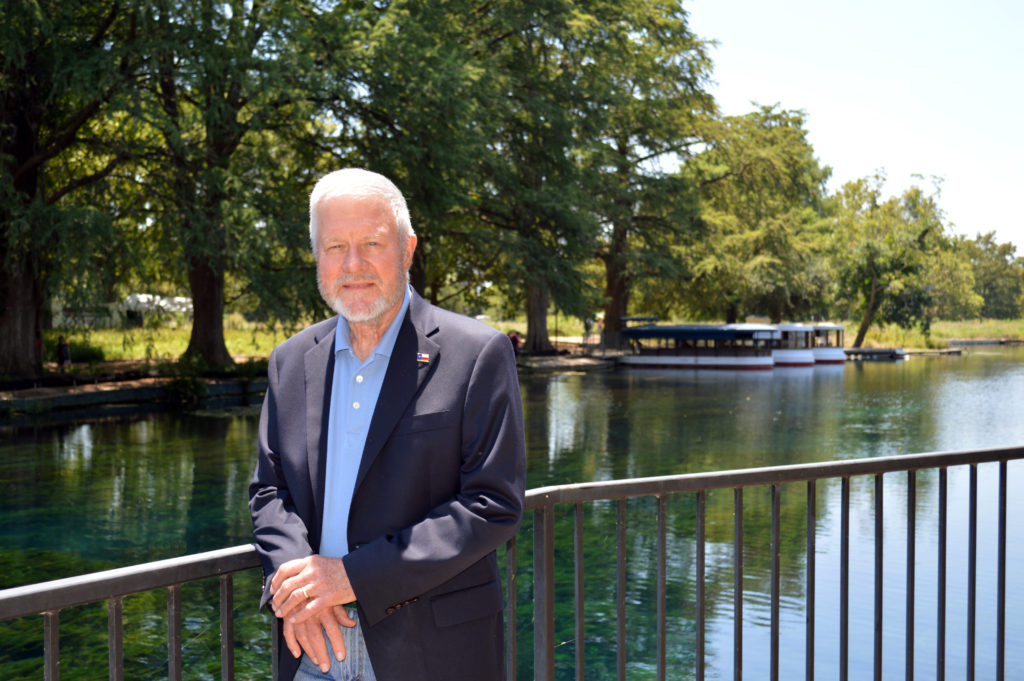 With eight federally protected species, including blind salamanders and fountain darters, the Center maintains precisely-monitored environmental parameters. The Center also works to spawn species that have never been spawned. Dr. Sansom warmly notes they have doubled the population of Texas’ first successfully grown wild rice. “Took us a while to figure out how to do that.”

More than fifty thousand students visit the springs every year as part of their robust educational program. This initiative extends into the training of Citizen Scientists, who measure water quality in the state’s rivers and streams every month. These two thousand active volunteers form an early warning system for water quality in Texas. Collected online, this data allows local leaders to develop remediation and conservation efforts. The Texas Commission on Environmental Quality recently awarded this program an Environmental Excellence Award for their impact. 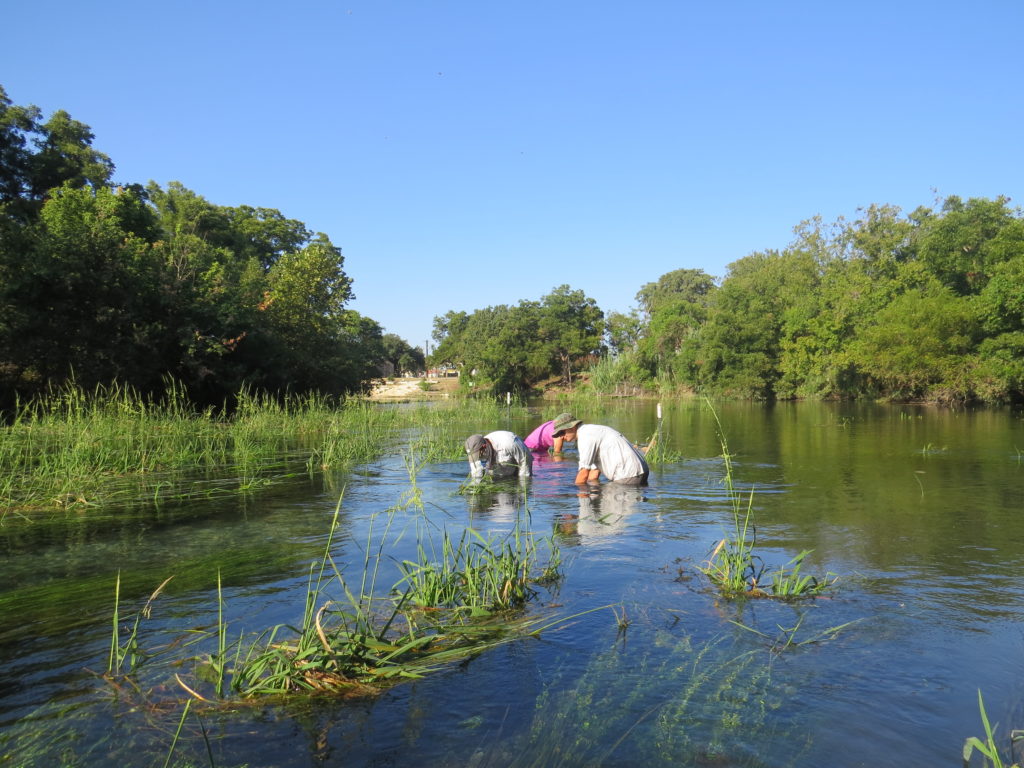 As Executive Director of Texas Parks and Wildlife for 12 years before transitioning to the Meadows Center 18 years ago, Dr. Sansom adds, “Water permeated everything we did, from recreation to fish and wildlife. It is the biggest natural resource issue facing Texas in the coming generation.”

With the state’s consistent growth showing no signs of slowing, all communities are being forced to use water more efficiently. Naturally, water sustainability is a hot-button issue for Dr. Sansom. “One of the reasons the Rio Grande does not really get down into Texas anymore is because in the upper parts of the basin they grow hay which takes huge amounts of water out of the river. It doesn’t seem cost effective to do that.”

Texas has built no major new reservoirs in 25 years, so water conservation must start at the top. There is a gradual shift in city governments to the One Water philosophy which connects all forms of water in the system – municipal, rain, waste, and condensate – into a comprehensive, integrated management plan. Applying this approach to large water users like schools can help facilitate increased efficiency, as seen in Wimberly, where the school district recently announced a zero-waste year. 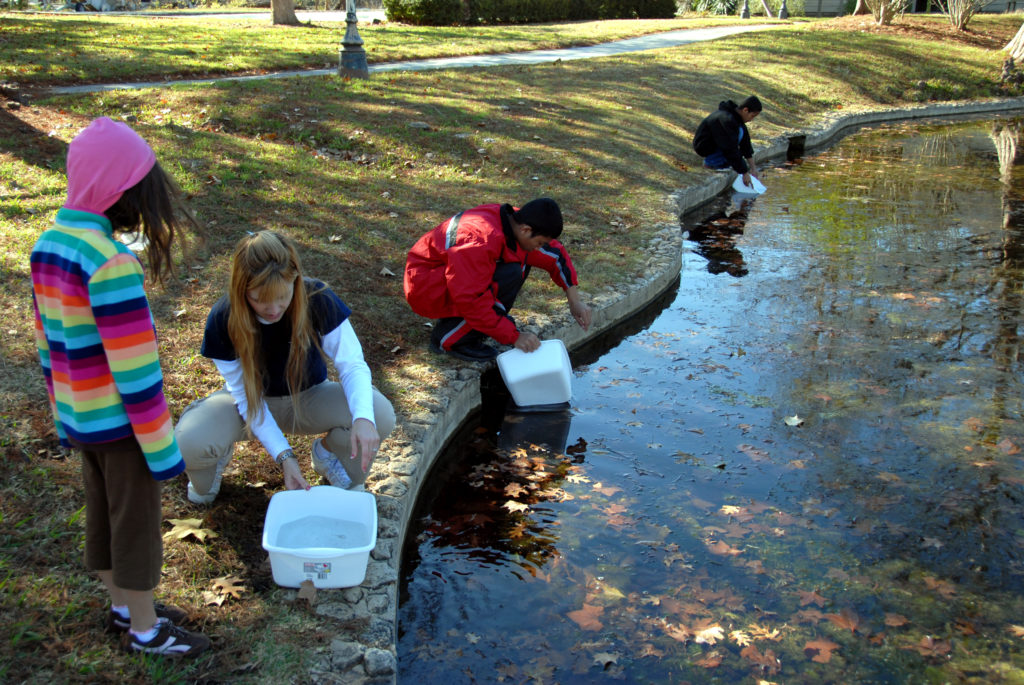 Any discussion of water conservation inevitably returns to convincing communities to alter their approaches to lawn care and gardening, which valued lush grasses and plantings so highly for so long. Dr. Sansom notes that the Center is working with upscale neighborhoods known for water-heavy blooms, like azaleas, to find more regionally-suitable alternatives, placing the higher value on the water itself. San Antonio, El Paso, and Austin have made advances in lawn irrigation efficiency, and he elaborates, “The national leader in this regard is Las Vegas, Nevada, where homeowners can actually sell to the city every square foot of lawn converted from turfgrass to xeriscape.”

Leadership at all levels must find ways to make water conservation a priority in order to make any sort of real change. This troubles those like Dr. Sansom who know the significance of ignoring water. “Sadly, my opinion is major reforms in response to climate change will be difficult until we experience more extremes such as flooding in the aftermath of Hurricane Harvey or the drought in 2011 – the worst on record.” While the legislative process may move more slowly than necessary, change is possible as individual Texans educate themselves on methods of water conservation. Sansom adds, “As daunting as we think it is, things are much worse in other parts of the world.”

For more information on how to water conservation, visit: 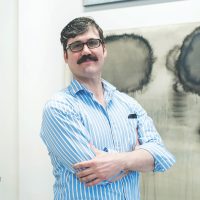 An Austin native, Lyle Brooks relocated to Fort Worth in order to immerse himself in the burgeoning music scene and the city’s rich cultural history, which has allowed him to cover everything from Free Jazz to folk singers. He’s collaborated as a ghostwriter on projects focusing on Health Optimization, Roman Lawyers, and an assortment of intriguing subjects requiring his research.

TCC and Tarleton share space in downtown Fort Worth